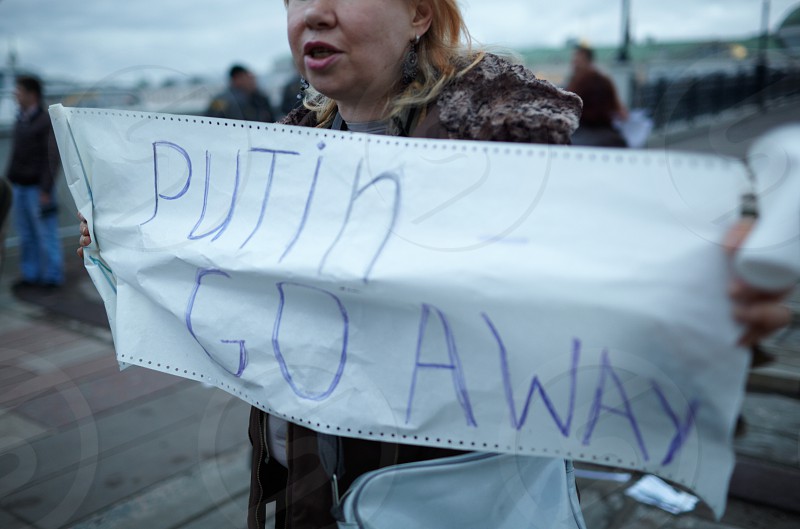 MOSCOW-MAY 6: A woman holds a placard with inscription Putin Go Away during a protest rally organized to free prisoners of conscience on May 6 2013 in Moscow, Russia.