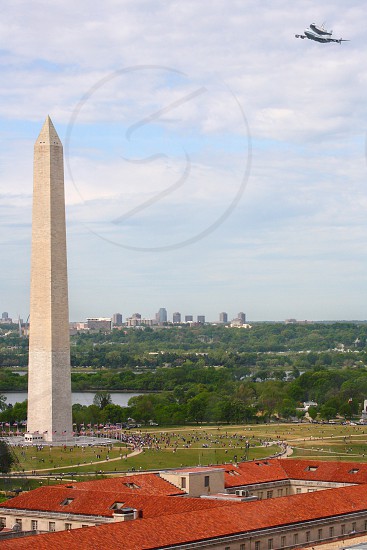 The final &quot;flight&quot; of the space shuttle 'Discovery' -- on top of a 747 jet. Here it is approaching the National Mall and Washington Monument. The shuttle was reportedly traveling at an elevation of 1500' and the Washington Monument is 555' tall. The 747/shuttle was still a minute or two out at this point but they were so large that they looked like a smaller jet that was not much higher than the monument.