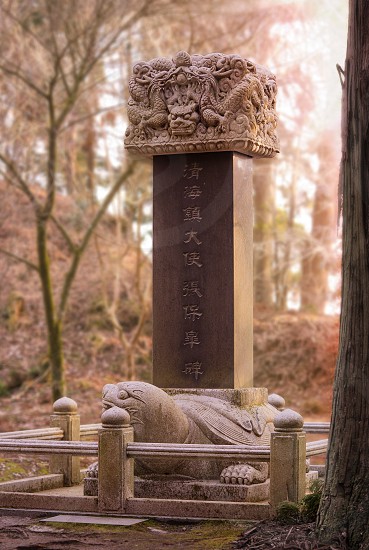 Monument decorated with lion, dragons and tortoise erected in the Enryaku-ji Temple on Mount Hiei near Kyoto in memory of the Korean military Jang Bogo who contributed in the 9th century to the rise of trade in Yellow sea between Korea, China and Japan. It is written &quot;Seikaichintaishi chôhokô ishibumi&quot; literally &quot;Monument to Jang Bogo Ambassador of Seikaichin&quot;.