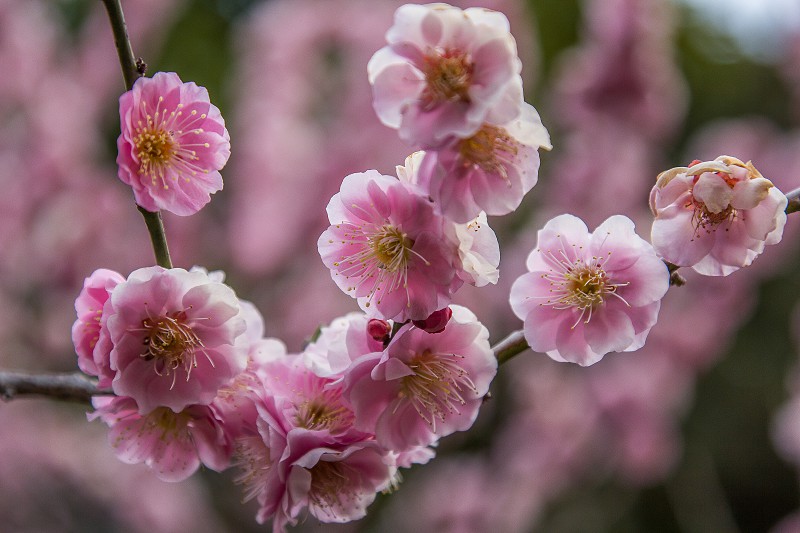 Japanese plum trees or ume are sometimes referred to as Japanese apricot has played an important role in the context of Japanese culture for many centuries. Its popularity was eventually surpassed by that of sakura or cherry trees. In Japan, the plum is associated with the beginning of springtime, as the plum blossoms precede sakura or cherry trees. The ume plums flower in February or March depending on the species. The event is celebrated with plum festivals at shrines, parks and temples where they are found all across Japan. Plum trees come in many varieties, and have been prized and cultivated for centuries. Most blossoms have five petals. They are usually white or pink though early blooming yellow varieties also exist. Plum blossoms have a sweet fragrance unlike sakura. Ume plums were originally introduced into Japan from China, where they are also prized as harbingers of spring.