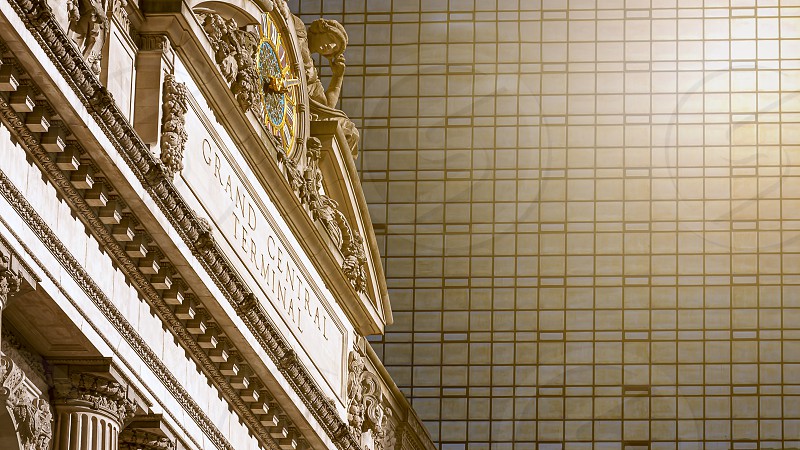 New York, USA, November 2016: exterior of the Grand Central Terminal in New York with the large clock surrounded by the statues of the Greek gods Minerva, Hercules and Mercury